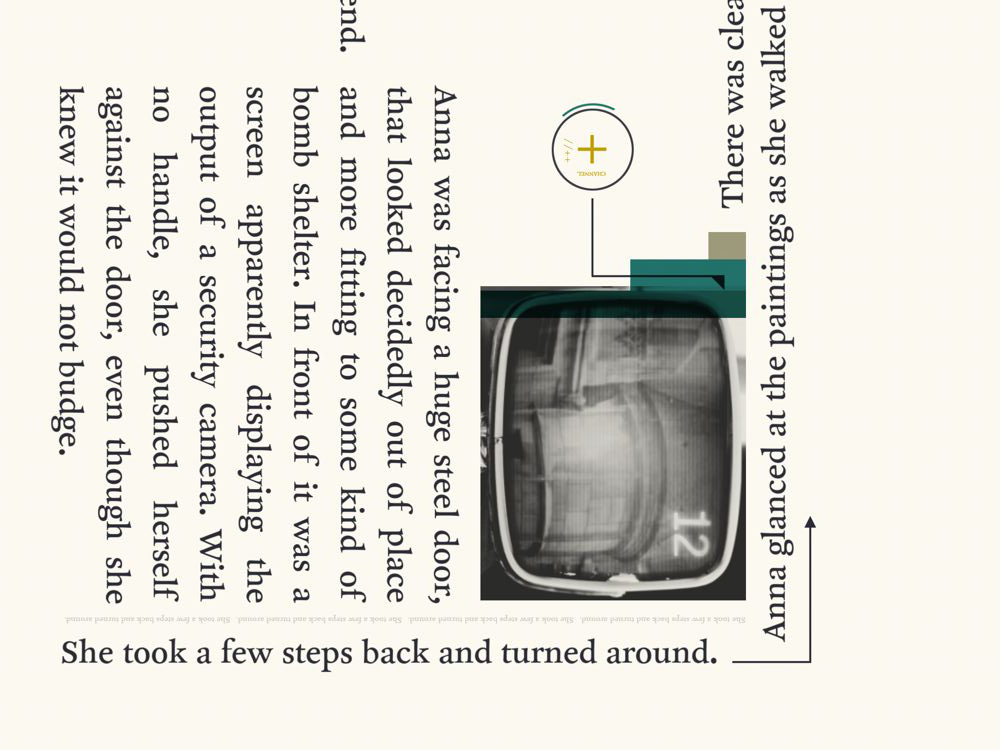 Device 6 is an iOS game that blends text with images, gameplay with the novella form, to create something new. It requires you to both read closely and look closely to solve the many puzzles embedded in its surreal, thriller narrative. Device 6 is right on the line between game and text, incorporating words into the motion of the narrative in ways I’d never seen before – for example, when the text on the screen scrolls to the right, it indicates that your main character, Anna, is moving to the east. This sounds like it might be clunky or strange, but in fact in creates a sense of integration between reading and gameplay that results in a surprisingly immersive experience for something that’s played (read?) on a handheld screen. The game has drawn comparisons to Mark Z. Danielewski’s House of Leaves for its creative use of typography and “document” design, but its digital format allows it to expand beyond just text, pulling in a jazzy score, stylized images both 2 and 3D, and a geography that at times stretched my (admittedly limited) capacity for spatial reasoning.

That use of direction – the blending of space and movement with text – is what makes Device 6 stand out most strongly to me. I’ve played some excellent narrative-driven games over this past year, games that have made me cry and made me scream and made me marvel at the creative integration of image and story. But Device 6 is a game for readers, one that explores what the role of text might be as stories become more and more frequently digital. While it’s decidedly multimodal, its emphasis on the textual makes it in some ways a spiritual descendant of text-based adventures like Zork. Where Zork sought to blend the new technologies of computer interfaces and coding with written stories, Device 6 also works to advance the way we experience text-driven narrative via screen. And a highly satisfying narrative it is.