The Digital Rhetoric Collaborative is continuing to celebrate our efforts to build a digital rhetoric wiki and 20 years of wiki with another Wiki Wednesday post. Today, we’re looking at research into academic interactions with the world-famous Wikipedia, the web’s crowd-sourced encyclopedia launched in January 2001.

The Wikimedia Foundation‘s April 2014 Research Newsletter reported recent research performed by Lu Xiao and Nicole Askin. The two researchers surveyed 120 academics across disciplines in late 2011 and early 2012 about their attitudes toward Wikipedia and open-access academic publishing. The researchers presented their study findings in “Academic Opinions of Wikipedia and Open-Access Publishing” in Online Information Review 38.3. 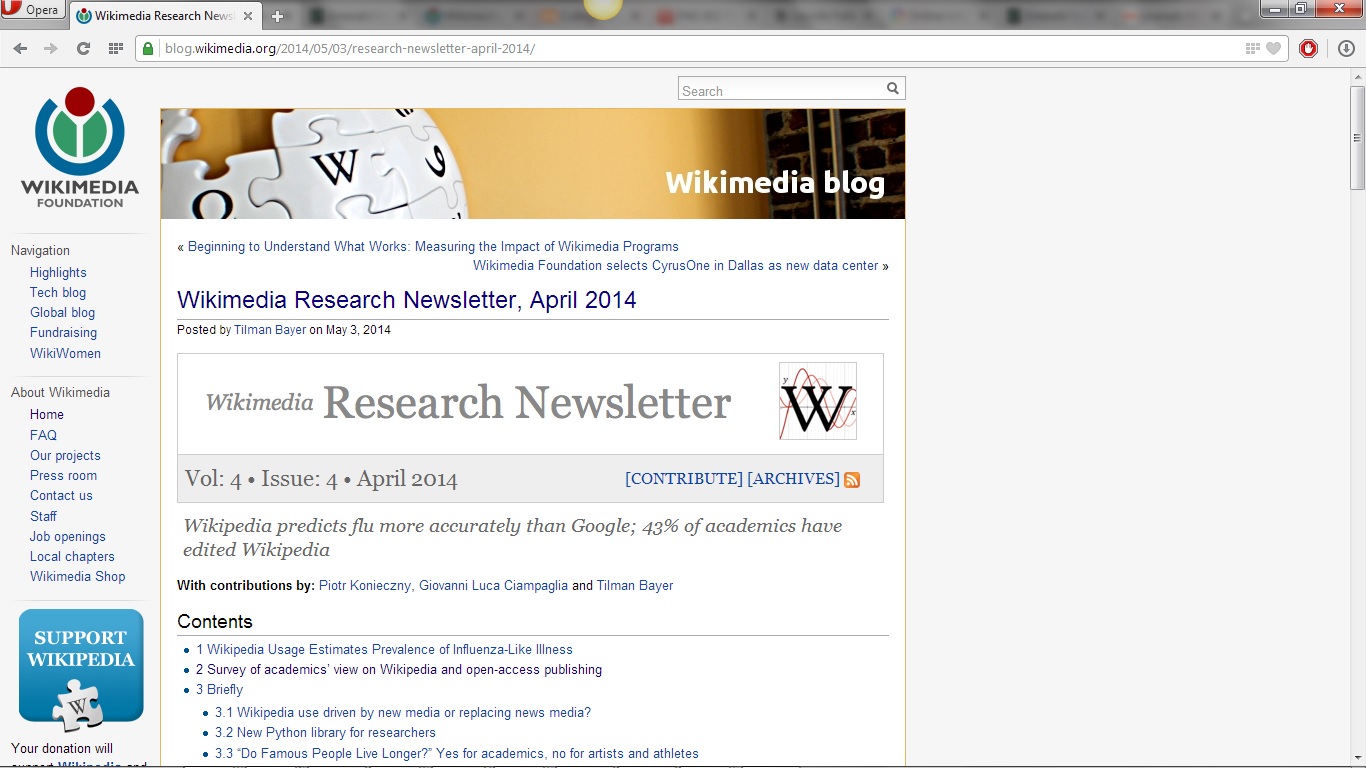 The authors reported such findings about Wikipedia interactions from their survey respondents as: 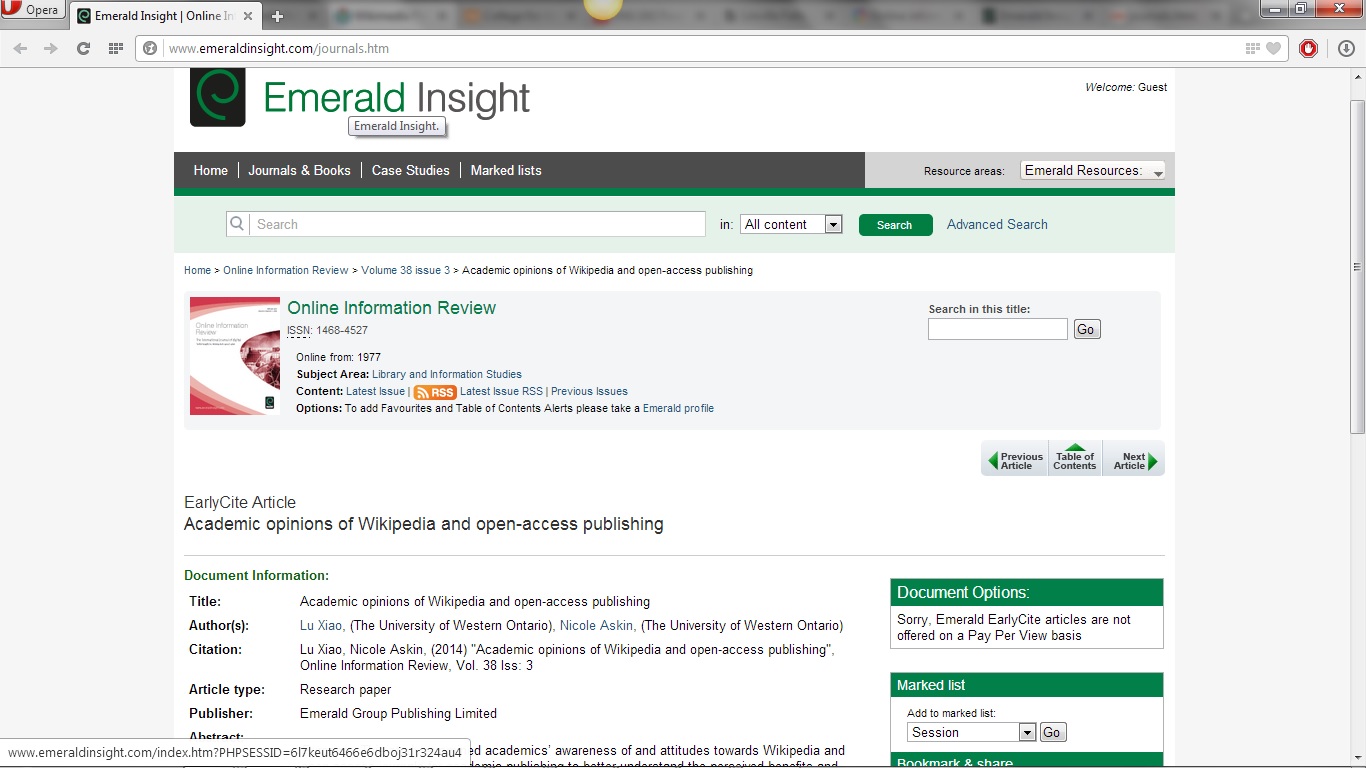