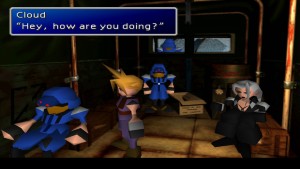 It never really occurred to me, until somewhat recently, that I learned how to “say” something complicated to a computer before I learned how to do the same thing effectively in more traditional, print-based writing to other people. I learned how to use a semicolon to separate statements in computer languages long before learning how to “properly” use one in the English language (and how to “properly” use scare quotes), and I knew how to navigate through a vast array of file formats, on multiple operating systems, before I was taught how to format a standard academic essay. It sounds strange to say that I had command over a piece of highly complicated technology, installing hardware and software like it was second (or first) nature, before I knew how to prepare a meal—but this is not strange at all. It is exceedingly normal. We are not merely literate today; we are electrate. I don’t want to belabor this point, as many people have said this over the years far more convincingly, and more eloquently, than I could expect from myself (hat-tip to Greg Ulmer). Computational media has indeed transformed our rhetorical terrain in myriad ways, the magnitude of which we are beginning to discern only now. Wikis, social media, video games (serious or otherwise), code, avatars, the quantified self—all of these factor into my research, and more, and it would be remiss to say that I study “digital rhetoric” if they did not. After all, these matters are partially why I first decided to enter the Rhetorics, Communication and Information Design PhD program at Clemson University, and they are why I became a graduate fellow at the Sweetland Digital Rhetoric Collaborative. I am thoroughly steeped in the study of digital rhetoric, and I couldn’t be happier about it.

And yet, at the same time, I’m suspicious. This dichotomy between “the digital” and “the analog” (or “the real world”) seems somehow dubious, doesn’t it? Isn’t the digital, after all, part of the real, material world, if one exists at all? Isn’t language itself—in its written form, at least—fundamentally digital? There are more than a few compelling scientific theories out there that not only posit that brains, human or otherwise, are essentially biological (and still digital) computers, but also that the nature of the entire universe, of all existence, is much the same. What are we to make of this?

I promise: I’m not a provocateur sent by neo-Platonists to destroy our field from within. Instead, to paraphrase George Kennedy, I’m searching for “a blip in the dark.” I seek to solidify the connections between the “real world” and the “digital world,” rhetoric and digital rhetoric. Currently, my research is driven by a focus on cognitive science and theories of mind, with heavy emphasis on simulation—all, of course, revolving around rhetorical studies. In short, you could say that I try to study digital rhetoric “from the ground up”–and I’m still trying, perhaps eternally, to find that ground. I might never find it, but the adventure should be fun.

However, I don’t intend to, and in practice never possibly could, stop there. I am also keenly interested in helping others find the tools, resources and information relevant to our field—teachers, students and rhetors-in-general, alike. To that end, I hope to contribute to the “Hack & Yack” series here at the DRC, especially in reviewing the various tools at our disposal (I am, at heart, more Hack than Yack, though I know that seems at odds with my professional goals). Additionally, I look forward to continuing work on the DRC wiki in order to further establish it as an authoritative, collaborative, and invaluable resource for scholars, both new and old. I’m seeking, overall, to learn, and I’m honored to have been given the chance to do so at the DRC.

It’s nice to meet you, in any case. Hey, how are you doing?

And that, I think, is just enough for me to say.